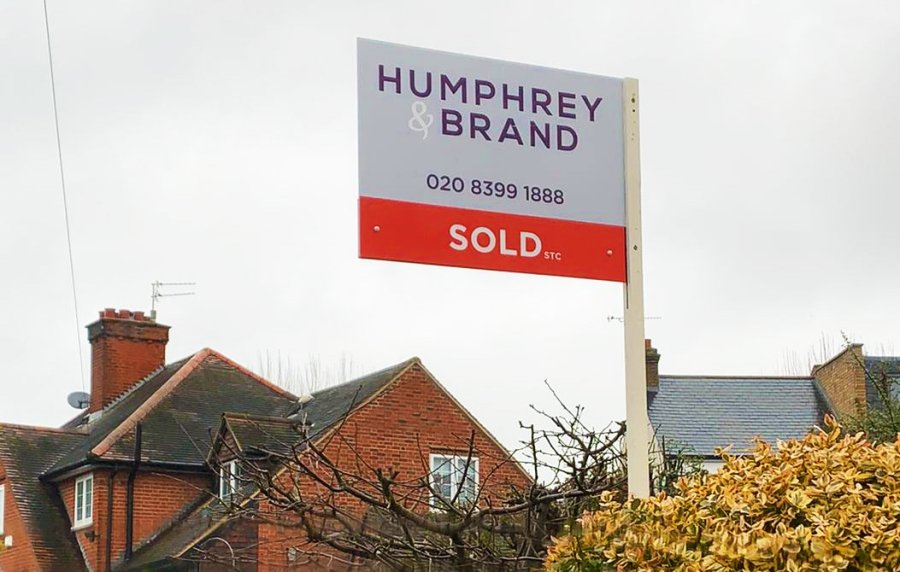 September, October and November 2019 added up to a remarkable quarter, resulting in not only our best three months ever for new sales agreed, but also our two best ever months for sales completed AND being Surbiton’s number one selling estate agent across the whole period.

That's a brilliant end to the year and not just for us, but to all the people who have successfully found and moved into a new home, particularly given the background of longstanding uncertainty around the UK’s exit from the EU.

But while politics may have stalled, regular life moves on: children still grow up; new ones come along; and big ones leave the nest, while adults meet new partners or break up from old ones; relocate with work or seek out new horizons; upsize or downsize… and we haven’t even mentioned simply fancying a change.

Many of the sales we agreed in September, October and November were on houses in the £500,000 - £750,000 range, so we thought we’d share some with you to give you a flavour of what’s happening in case you’re thinking of moving soon.

Before we go any further, here's a quick bit of advice in case you are holding off until January to put your property up for sale… Don't wait! And here's why.

Two of Rightmove’s busiest days of the year are coming up – Boxing Day and New Year’s Day – when very often 40million searches are made at a time of year when fewer properties are available. That means a potentially massive audience for your home with far less competition than usual, so it’s worth getting listed in readiness for the Boxing Day surge, even if you don’t want any viewings until the new year.

And now to business.

Properties sold in The River Roads

A number of homes we sold had been unsuccessfully marketed elsewhere, with two notable examples being Westfield Road and Cleveland Road in The River Roads, the most in-demand of all Surbiton locations and not really where you’d expect to have to switch estate agents in order to get a sale. Give us 20 houses in The River Roads today and we’d have 20 sales very soon after that, which highlights the only problem with the area: everyone wants to live there, but they’re not so keen to leave. It’s not a problem we expect to go away.

The house on Cleveland Road demonstrates how looking at the bigger picture can provide the opening for a sale. The owners managed to secure their next home for less than they’d expected to pay, which allowed them more flexibility on their sale price. It can be very difficult for homeowners to see past their sale price because of the home they’ve made and the memories accumulated, but looking beyond that – or simply keeping the end in mind when looking at moving home – can be very liberating.

Other property sales in Surbiton and Long Ditton

Elsewhere, we agreed a sale on a really beautiful detached home in Culsac Road that is a lesson in how to get pretty much everything right in a refurbishment. Almost every room would look perfectly at home on the pages of an interiors magazine, while the garden is like something out of Miami or LA. Unsurprisingly, the house received multiple offers.

In Ditton Hill Road we sold a gorgeous 1920s house where, again, the owners did well on their purchase which meant they could accept a lower-than-expected offer on their sale without being any worse off.

In Kings Road in Long Ditton at a newly built house that had been on the market for a while, we found a buyer in just over a couple of weeks, while on Uxbridge Road we found a buyer in less than a month for a ground floor maisonette that had – to us quite surprisingly – been unsuccessfully marketed by other agents.

The property that sold in four days

Our fastest sale was at a house on Red Lion Road. We put the property on the market on a Thursday with a Launch Day organised two days later on Saturday. Although we spaced all the viewers out to give them time alone in the property, almost everyone was either early or late which ended up in nine couples walking around at the same time. This was an unplanned occurrence, but it certainly created a sense of urgency and resulted in two competing offers, with a sale agreed on the Monday, just four days into the marketing.

So, do we have a special secret for selling property?  In short, no, we don’t have a secret; but we do have a formula.

We can best describe our approach as fresh, pro-active and luxurious. Investing heavily upfront in high quality marketing materials like professional photographs and floor plans helps the homes we handle stand out from all the other properties that are available on Rightmove and Zoopla. But that’s only the first stage. Once we’ve got someone’s interest, how do we turn that into a sale?

Very often, the reason why an owner bought their property – and the life they’ve had while living there – will resonate with potential buyers, so we go to great lengths to incorporate the owner’s story into how we talk about their home and conduct viewings. Stories give people a connection to a property and, while it’s lots of work and requires remembering an awful lot of information, the agent being interested and having more to say than “this is the kitchen” has a fundamental impact on the chances of a property being sold.

Five minutes on the phone

Equally important is taking the time to know exactly what each potential buyer registering with us is actually going to buy. Even if an enquiry comes in by email, whether direct or via Rightmove or Zoopla, we aim to have a phone conversation of at least five minutes to drill down on each person’s hopes and aspirations for their next home.

Again, this takes a lot of time but it creates the foundation for a relationship and cuts down on wasted viewings. It also throws up unexpected properties that might, on the face of it, appear unsuitable but whose qualities speak to a buyer’s particular requirements.

Simply leaving them in a system of email alerts wouldn’t get past this crucial phase.

We haven’t yet spoken about current prices and, as you may have gathered from examples of owners being flexible on their price to achieve a sale, property prices in Surbiton are lower than their 2017/2018 peak by around 10%. BUT, if you are trading up you could well be better off selling when prices are lower, because the differential between your sale price and purchase price will be smaller. This is why we encourage everyone to look at the bigger picture before making a decision either way.

You don’t have to wait until next year to sell

Whether you are planning, trying or struggling to sell your home, December is now one of the best times to launch or re-launch your property. The annual Boxing Day surge of users on Rightmove increases by around 500% from a daily average of 4.5m visits to a whopping 25million, so if you want to put your property in front of the largest amount of people and get the most attention, switching agents or starting out fresh on Boxing day is a powerful option.

If you’d like to talk about putting your home in front of the year’s biggest audience, please email me at  craig@humphreyandbrand.co.uk or call 020 8399 1888.